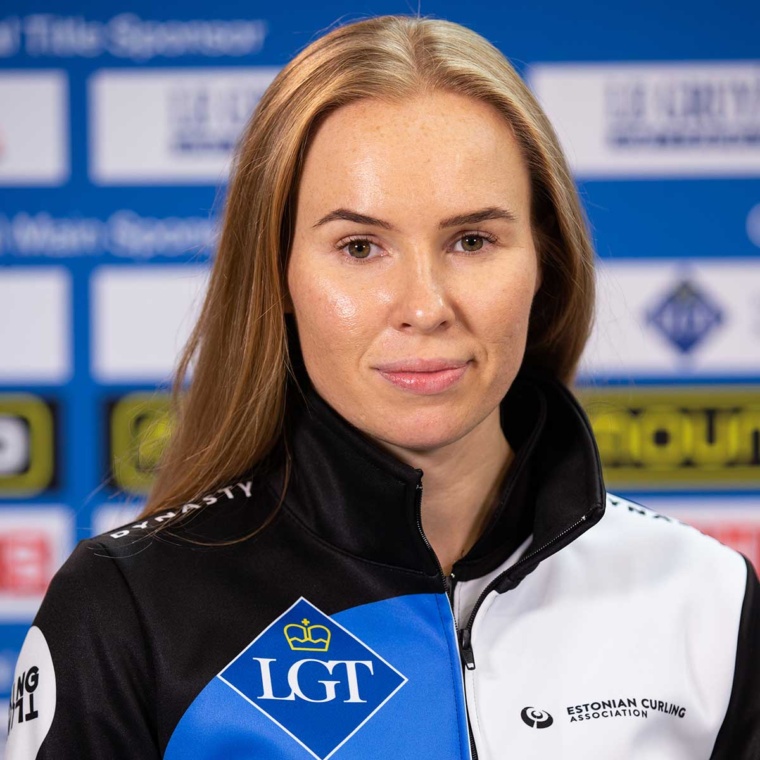 Tuvike played in her first international curling tournament at the 2016 World Mixed Curling Championship, playing lead on the team which was skipped by Kaarel Holm. The team finished the event with a 3–4 record in pool play, ranked 21st overall.[2]

Due the COVID-19 pandemic, the field at the 2021 World Women's Curling Championship was expanded to 14 teams, after the 2020 World Women's Curling Championship was cancelled. The 2021 event was originally planned to be hosted by Switzerland, giving that nation an automatic entry. This gave Europe an extra qualification spot for the 2021 Worlds, which was based on the results of the 2019 European Championship, the last Euros held before the pandemic. As they had finished 8th, this qualified Estonia and the Turmann rink for the 2021 Worlds,[1] the first time Estonia would play at the World Championships.[14] At the World Championships, the team finished with a 1–12 record, in last place. Their lone win coming against Germany.

This website uses cookies to improve your experience while you navigate through the website. Out of these, the cookies that are categorized as necessary are stored on your browser as they are essential for the working of basic functionalities of the website. We also use third-party cookies that help us analyze and understand how you use this website. These cookies will be stored in your browser only with your consent. You also have the option to opt-out of these cookies. But opting out of some of these cookies may affect your browsing experience.
Necessary Always Enabled
Necessary cookies are absolutely essential for the website to function properly. These cookies ensure basic functionalities and security features of the website, anonymously.
Functional
Functional cookies help to perform certain functionalities like sharing the content of the website on social media platforms, collect feedbacks, and other third-party features.
Performance
Performance cookies are used to understand and analyze the key performance indexes of the website which helps in delivering a better user experience for the visitors.
Analytics
Analytical cookies are used to understand how visitors interact with the website. These cookies help provide information on metrics the number of visitors, bounce rate, traffic source, etc.
Advertisement
Advertisement cookies are used to provide visitors with relevant ads and marketing campaigns. These cookies track visitors across websites and collect information to provide customized ads.
Others
Other uncategorized cookies are those that are being analyzed and have not been classified into a category as yet.
SAVE & ACCEPT